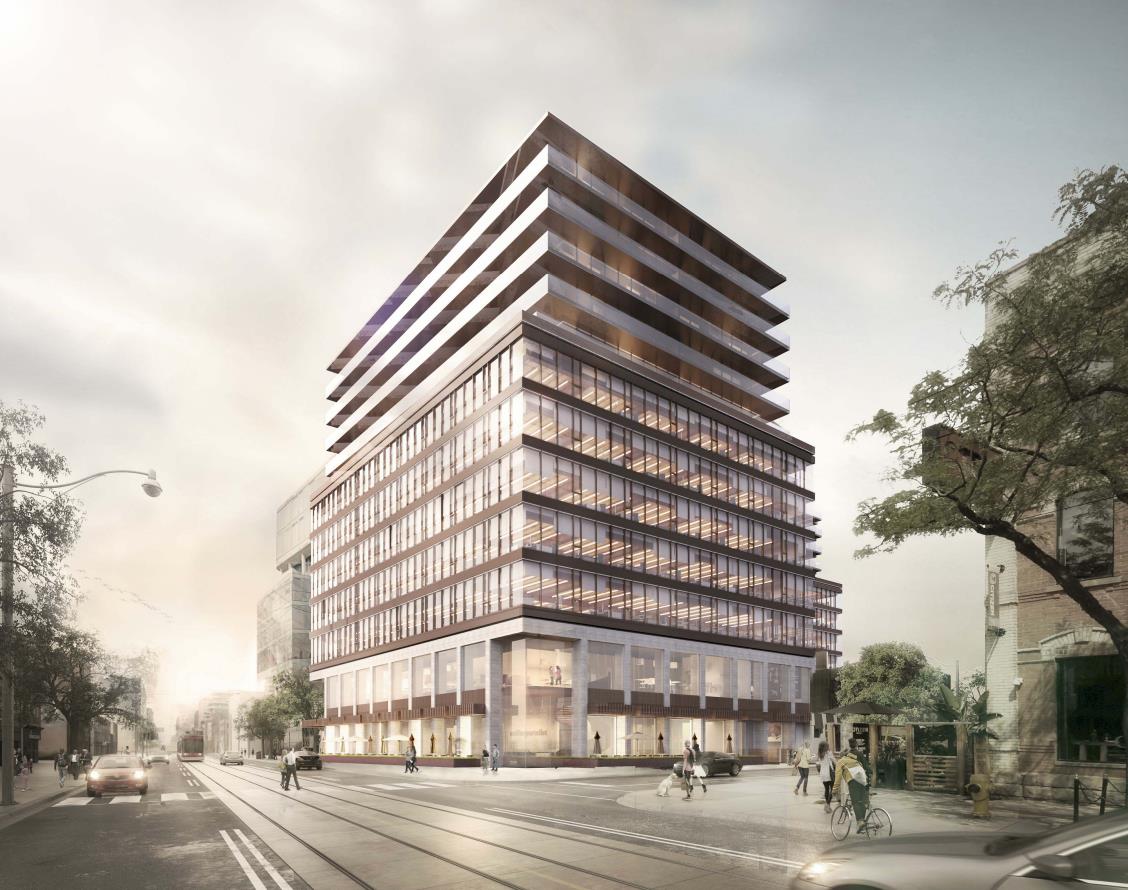 540 King West Condos would be served by a three-level underground garage containing a total of 125 vehicular parking spaces, including 53 resident spaces and 72 commercial spaces for office and retail uses. 161 bicycle parking spaces are also proposed, with 77 bicycle spaces dedicated to building residents and 84 reserved for the commercial component.

540 King West Condos has a Walk Score of 99 out of 100. Transit Score of 100 out of 100. This location is in the Waterfront Communities-The Island neighborhood in Toronto. Nearby parks include Victoria Square Park, Clarence Square and Carr Street Parkette. 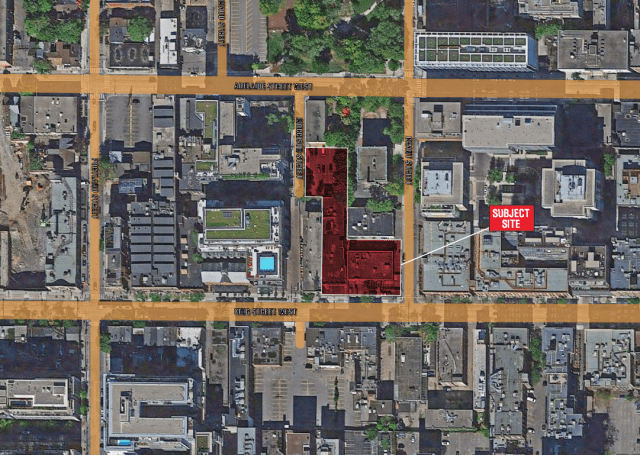 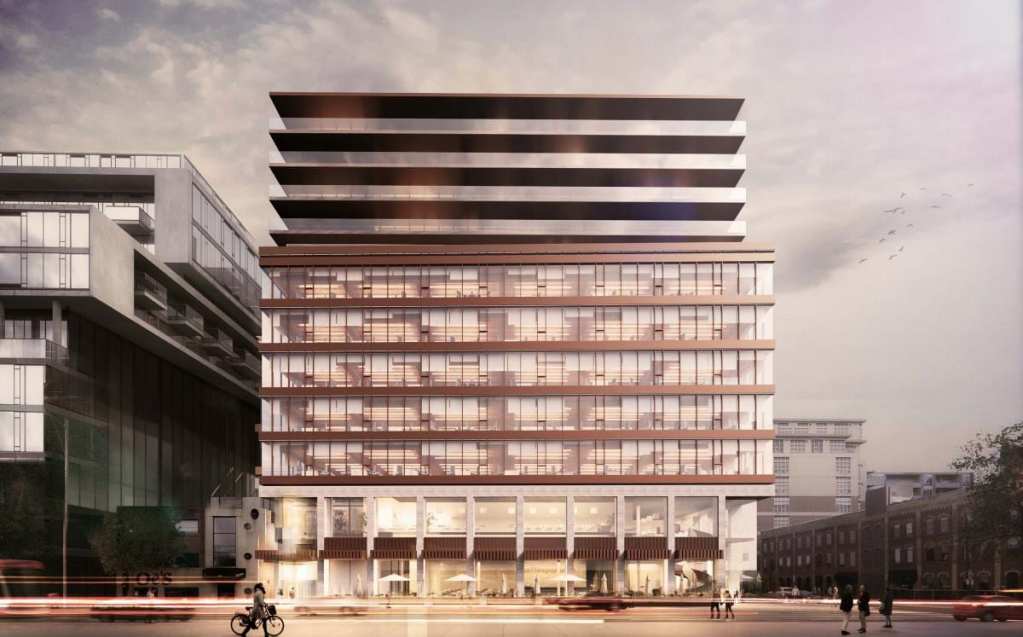 King West has been compared to New York’s SoHo Village. It’s a community filled with a multitude of shops offering the latest fashion, specialty services, 24 hour grocery stores, delightful cafés, unique galleries, boutique hotels and award winning restaurants. It is a seamless blend of friendly neighbours and a historical district, adding an undeniable charm to one of Toronto’s most popular destinations. King West caters to all ages and attracts young professionals who want to live and work in Toronto’s urban core. With direct access to a myriad of streetcar routes, close proximity to subway lines, ample public parking in the immediate area and situated minutes from the Gardiner Expressway and Lakeshore Boulevard, King and Portland is the place to be!

540 King Street West has a Walk Score of 99 out of 100. This location is a Walker’s Paradise so daily errands do not require a car.

This location is in the Waterfront Communities-The Island neighborhood in Toronto. Nearby parks include Victoria Square Park, Clarence Square and Carr Street Parkette.

Ever since the condo boom in the 2000s, the Entertainment District has continued to rise in demand. Nightclubs continue to play an important part in the neighbourhood, but now the district has settled into a fascinating mix of artists, young professionals, families of all walks. Continued development of non-residential projects, like a new luxury hotel show that the neighbourhood is continuing to grow and flourish, and with it’s reputation as the centre of culture and “cool” in Toronto, it’s a sure thing that people will continue to flock to the district in search of that urban, stylish lifestyle.

We’re beginning to see those development priorities – community sustainability, and style, design and amenities proliferate throughout the downtown core and into surrounding neighbourhoods.

Average selling price of pre-construction condos in Toronto is at a healthy high $400K range, meaning that despite all the existing developments, the hunger for new properties is alive and well and now is still an excellent time to invest in the projects throughout Downtown. Just taking a step into one of the downtown’s many condos, and taking in the majestic views of the city’s awesome skyline is enough to make you never want to leave.

Great Gulf is one of the most recognizable names in the Toronto development scene, and are highly regarded after a successful phase developing projects across North America, including Alberta, Texas, Florida, Washington D.C. and more. With a heavy emphasis on sustainability, Great Gulf has been a leader in the movement to creating more green spaces and applying state-of-the-art methods to ensure their developments set the bar for 21st century construction. Having won awards like OHBA Award, and the Mississauga Urban Design Awards in 2016, a great deal of the firm’s success, according to President Christopher K. Wein is focusing on innovation. Over 20 years, Great Gulf has ensured excellent by keeping up-to-date with their methods. Great Gulf carries with it a reputation of the highest-quality, and that has continued in the past decades after collaborations with award-winning, venerated architects like Moshe Safdie to develop along Toronto’s waterfront. Approaching their projects with collaboration and optimism in mind, Great Gulf is an essential part of the condominium scene in Toronto, and will no doubt continue to make their mark on the Toronto skyline.