Find calm away from the commotion. A chic sanctuary that says you’ve moved up. But you don’t have to move on. Dine on King, indulge on Queen and then find your way home. Steps from the Entertainment District, yet one step removed from the bustle, the best of both worlds awaits at 543 Richmond.

543 Richmond Condos is a New Condo development by Pemberton located at Portland and Richmond W, Toronto.

Pemberton Group teams up with Quadrangle Architects in the development of 543 Richmond Street Condos. This condo will rise 15 storeys and will house 534 suites in the heart of Toronto’s Fashion District. Absolute grandeur will exude from this project as its 8-storey podium will feature two wrap-around balconies located on the second and seventh floors. This is your chance to live at Toronto’s most fashionable address as the aesthetics of this building cannot be beat. 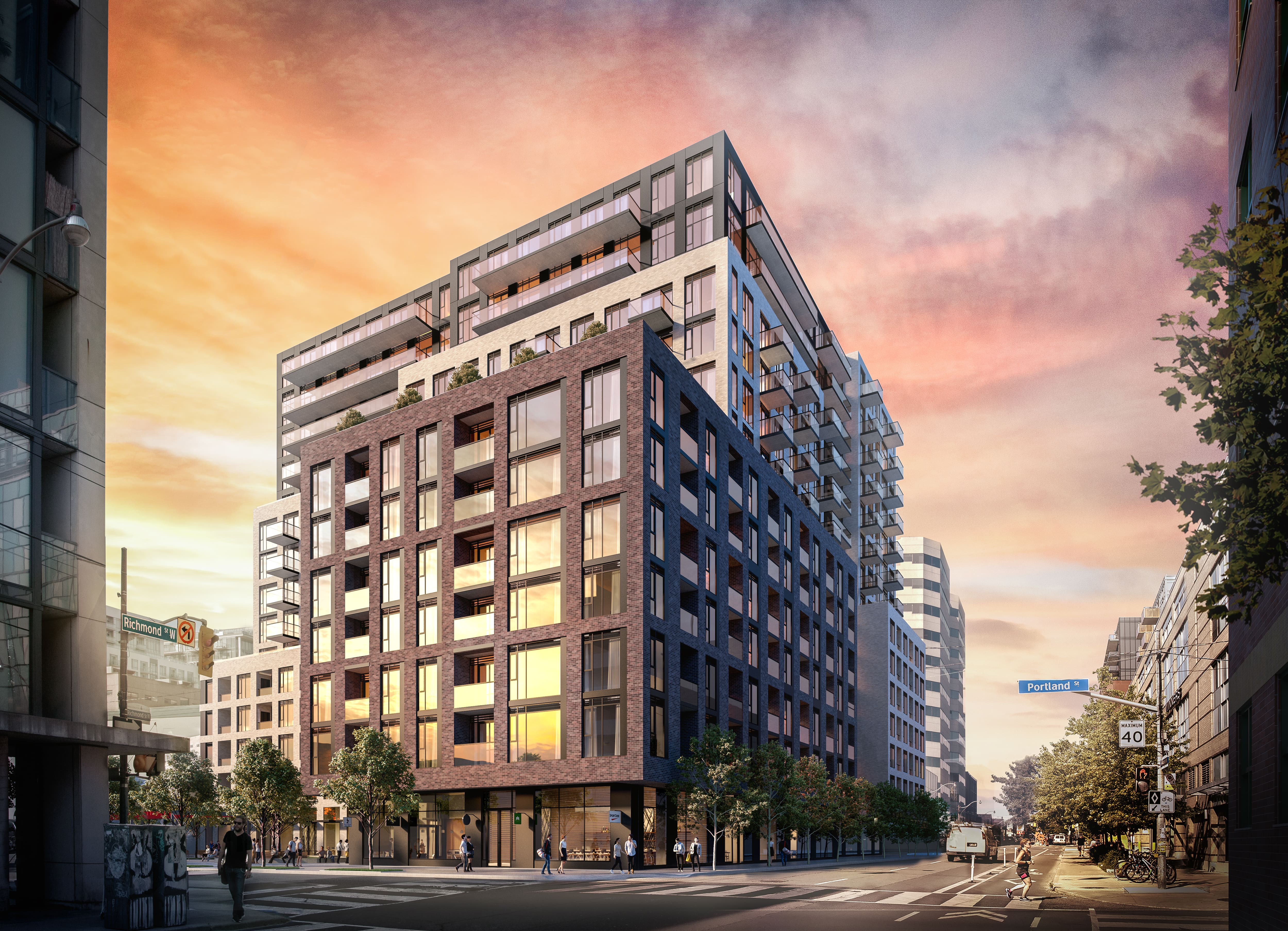 Amenities
The midrise portion will be anchored by an eight-storey podium, while the remaining seven floors will feature stepbacks, terraces and wraparound balconies, adding a textured, architectural appeal to the site.

Two levels of underground parking are proposed, which will include 262 spaces for vehicles and 659 spaces for bicycles. The unit mix is expected to incorporate 6 bachelor units, 171 one-bedroom units, 185 one-bedroom-den and 174 two-bedroom units, a diverse combination suitable for a wide range of professional owners or tenants.

The residential lobby is expected to be accessed along the site’s western façade, with indoor amenity space located in the building’s mezzanine. 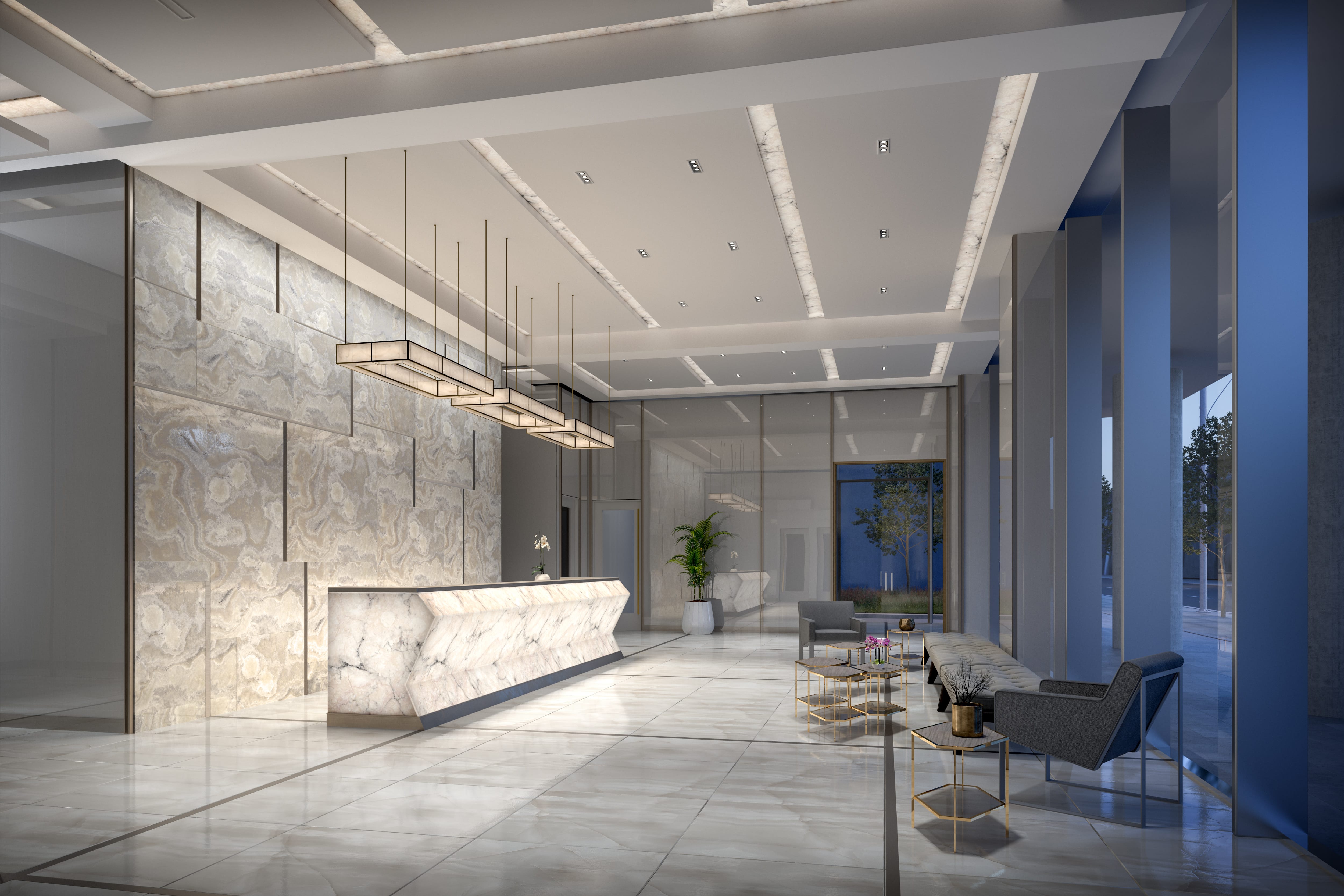 Location & Neighbourhood
This new condo project is located in a portion of downtown Toronto designated as a “regeneration area.” The immediate area is occupied by a mix of historic warehouses, modern condominiums and mixed-use buildings, but the regeneration designation is encouraging the restoration and re-use of many of these existing buildings, along with the revitalization of sites that are underutilized. These policies are encouraged to house the expected growth for the city’s downtown, meaning it’s a great time to invest in property here.

Just down the street, we’ve seen a handful of residential redevelopments, including a 14-storey loft conversion recently approved by the OMB. We’re expecting this Fashion District condominium to complement its surroundings while adding a contemporary touch to the neighbourhood, suited for its role as a major urban destination.

Young professionals, creative types and executives who crave the downtown energy, flock to this neighbourhood, both for its unique architecture and proximity to some of the city’s hottest restaurants, clubs, bars and art galleries. It’s mere steps from the trendy West Queen West area and the Entertainment District, both vibrant pockets throughout the day and night. 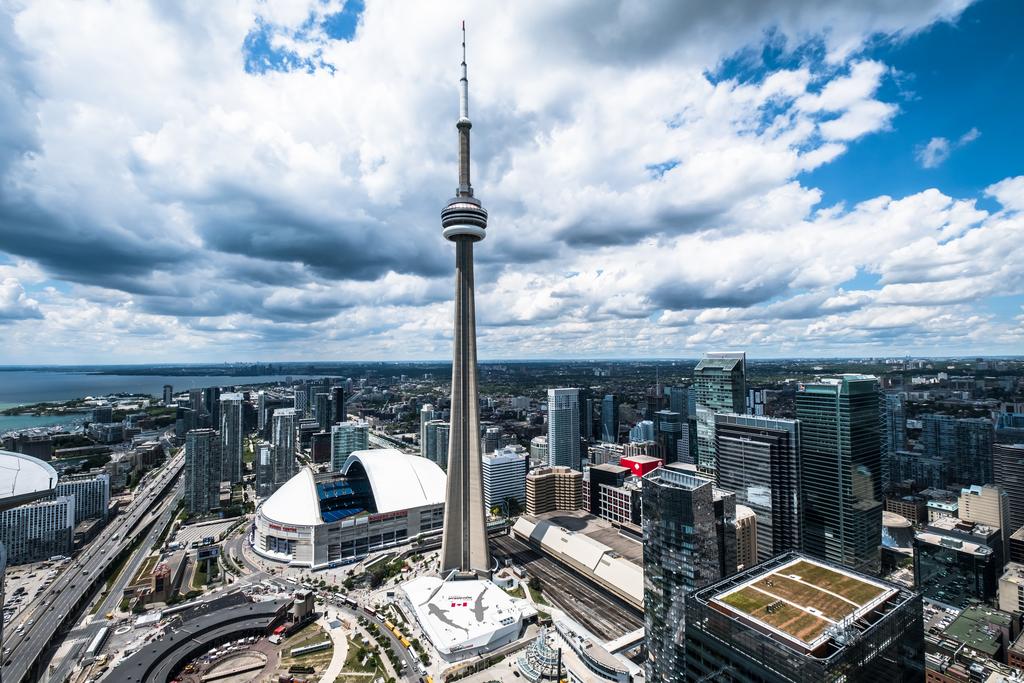 543 Richmond Transit Options
543 Richmond Condos is conveniently located close to many LRT stations along Queen St W, Bathurst St and King St W, all of which are seconds far from the condos. That makes travelling around the downtown and nearby areas most convenient. The nearest subway stations are Osgoode Station and St. Andrew – both minutes walk far. Even the Union Station is a decent walk or a short ride away from the condos. Travelling by your private vehicle is equally convenient. Gardiner Expy lies just minutes far from the condos, offering speedy access to the eastern and western areas. For travelling north, major arterial streets running seconds from the condos such as Bathurst St and Spadina Ave serve well. Bathurst St directly connects you to Hwy 401. With many LRT stations right at your doorstep, subway stations within walking distance, the highway minutes away, and major arterial streets running seconds far, transit is stress-free and most comfortable for the residents of 543 Richmond Condos.