Condominiums At Square One District - CondoTrend

Condominiums at Square One District

Square One District Condos will be a brand-new, 130 acre master-planned mixed-use community that is primed to be Canada’s largest ever development of it’s kind. 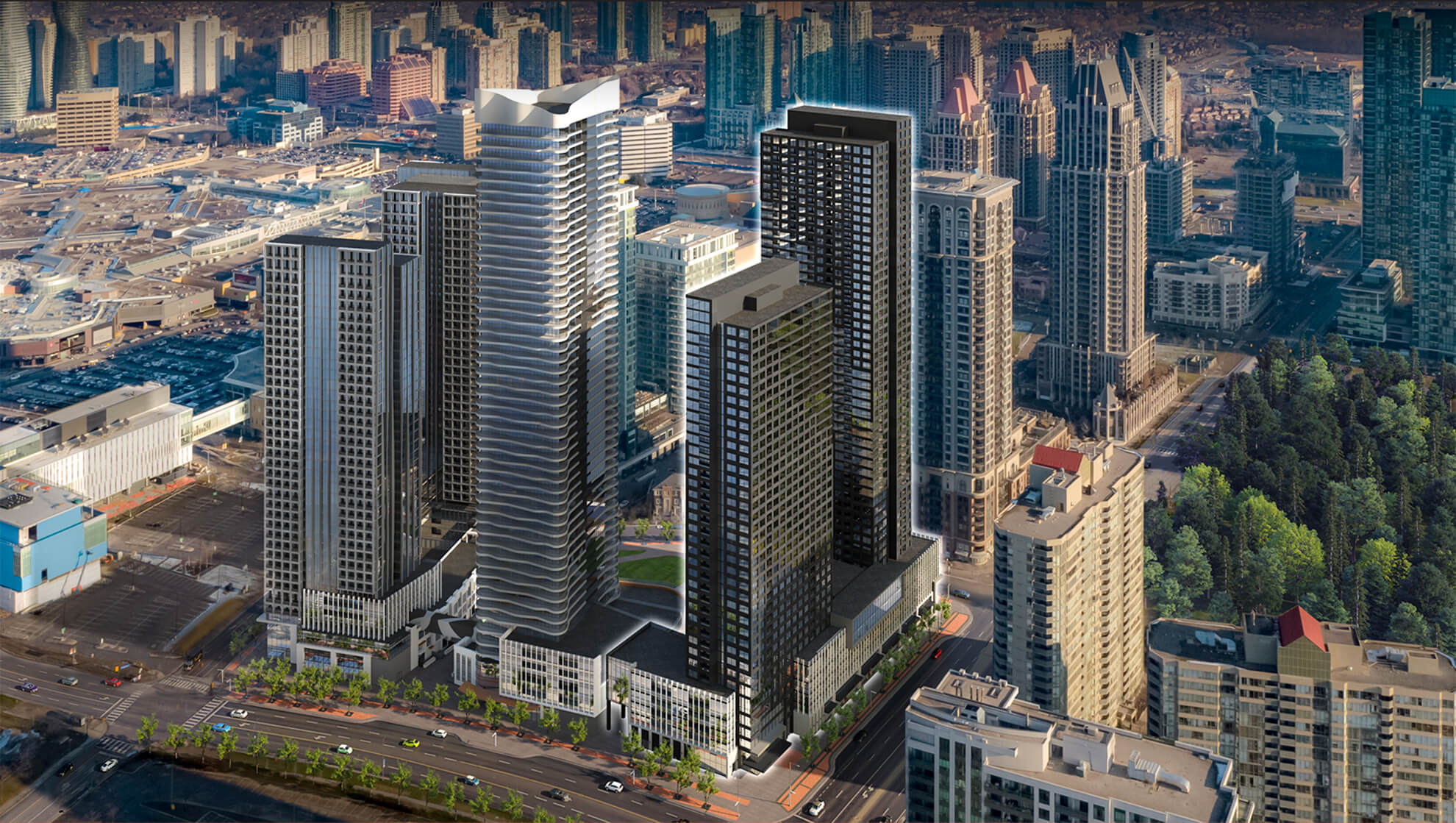 When Square One first opened, it forever changed Mississauga. People flocked to the city, and businesses quickly recognized Square One to be a vital hub. Before long, a strong and lively community had taken hold, making it Ontario’s largest retail, entertainment and fashion destination. Square One has come to define the energy and attitude of the city that has grown up around it.

With the introduction of Square One District, the vibrant and established lifestyle community will be elevated once again. This 130-acre master-planned, mixed-use community will offer condominium ownership and rental residences with every imaginable neighbourhood convenience nearby. Discover a new way of life in spaces made for urban living, led by the Condominiums at Square One District – offering you the opportunity to live, work, play, and of course, shop at the centre of it all!
[ratings] 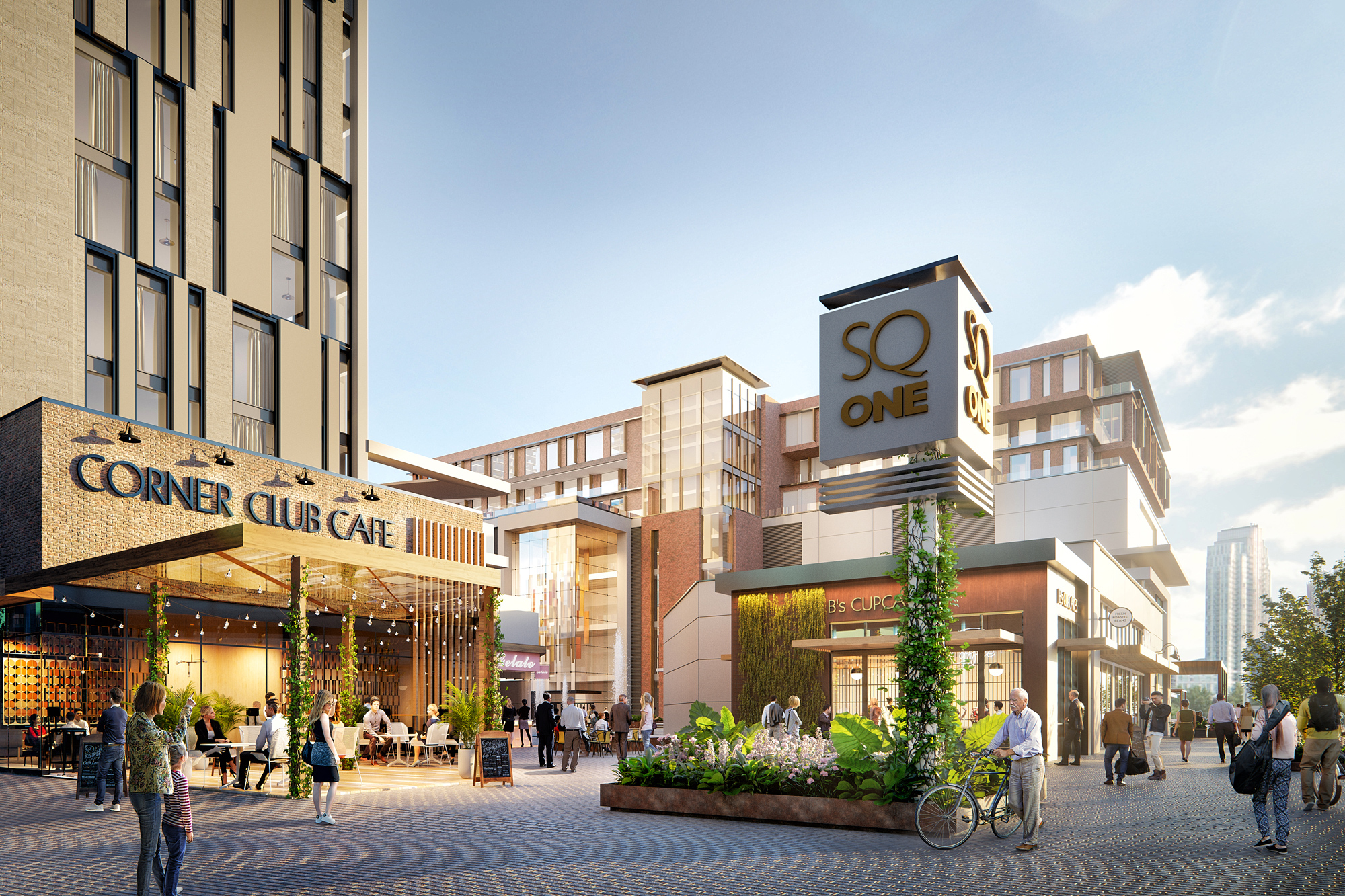 Welcome to a new District.A growing city. A brilliant future.

Mississauga is ready for something new, and that’s what the master plan for Square One District delivers. A place where business, life, and leisure come together as one.

Square One is Canada’s premier destination for retail, lifestyle, and entertainment. This already energetic lifestyle complex will be enhanced with new eateries, open public spaces, activated streets, and vibrant piazzas. Stimulating the senses, appealing to diverse tastes, and with a fresh urban spirit at heart, there’s soon to be something here for everyone, every day. 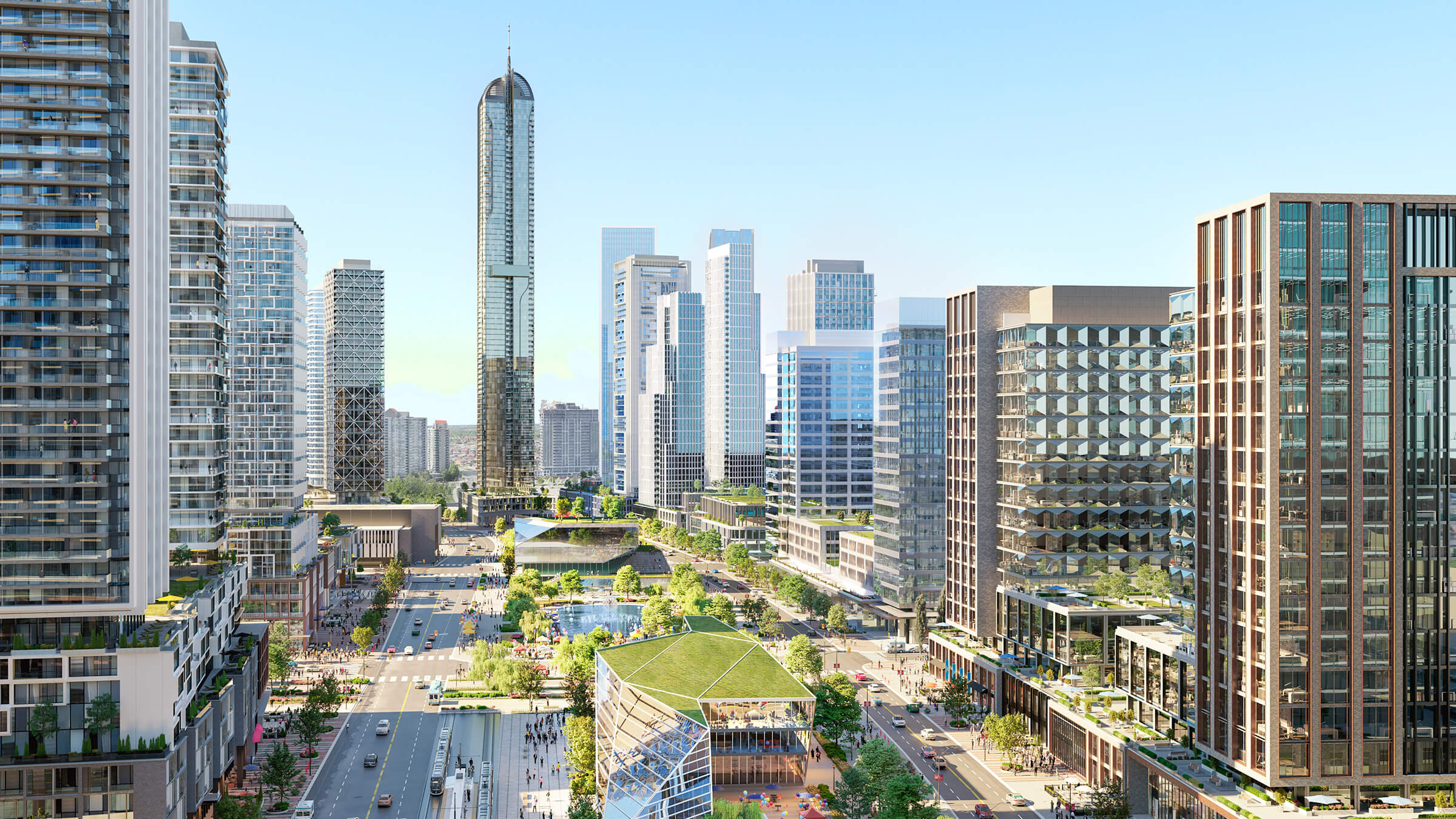 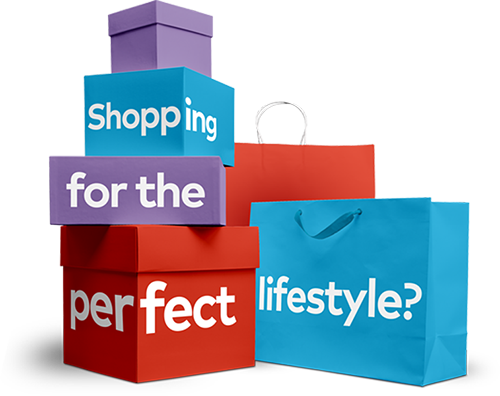 In order for the vision of a “city within a city” in the Square One District, it will be important to provide residents with plenty of transit options. The future Hurontario Light Rail Transit (LRT) and the MiWay Bus Rapid Transit (BRT) will both run directly through the neighbourhood, with stations in the heart of the development. This dedicated rapid transit will be a welcome change from the convoluted bus systems that locals and visitors have previously had to use to travel to and from the area. Square One District is also bordered on one side by Highway 403, which connects in the north with 401 and the 410 and to the 407 and QEW in the south. This easy highway connection, combined with the major street, Hurontario Street, puts Square One at a nexus point for all traffic within Mississauga, and the the GTA. 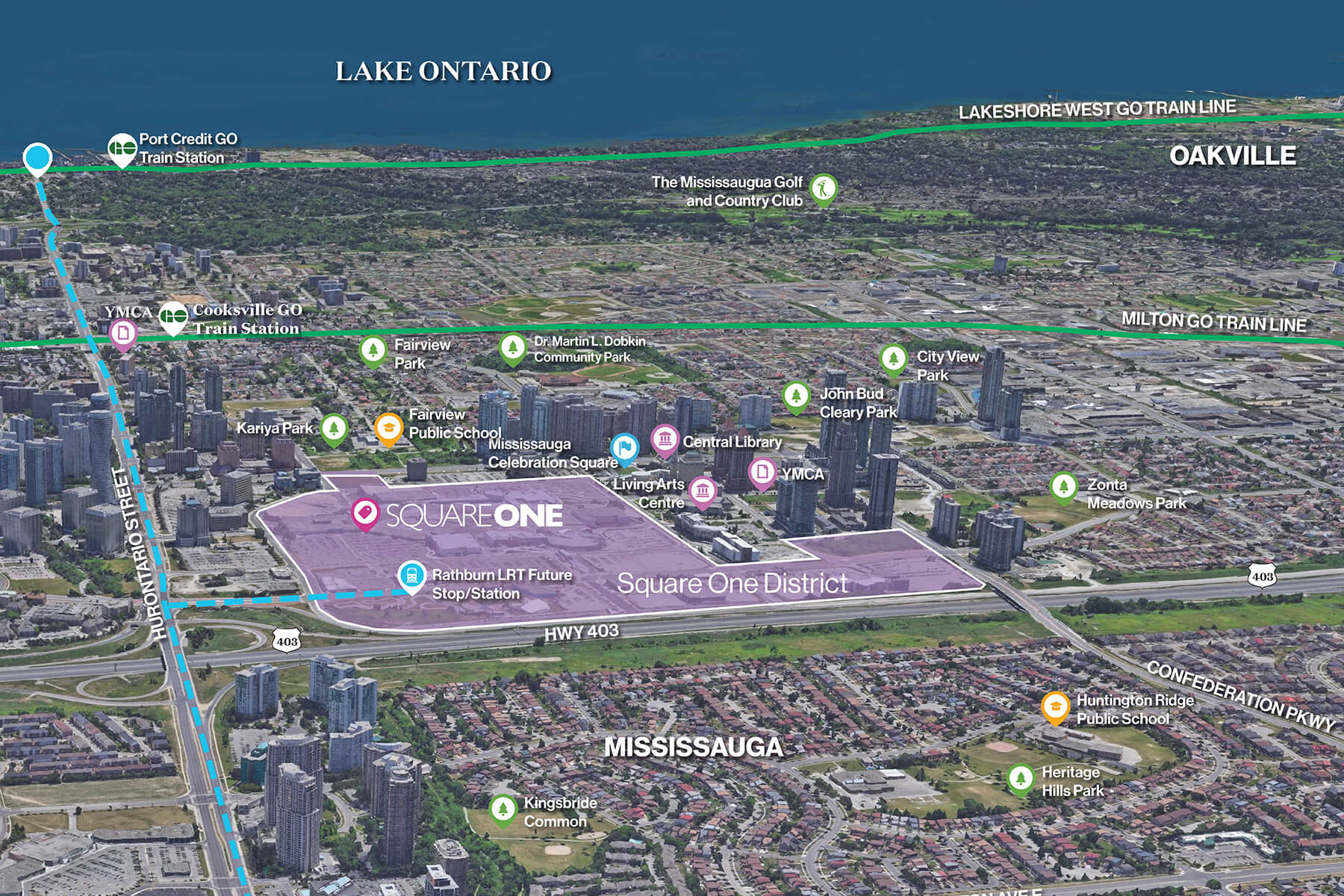 Condominiums at Square One District Highlight

This massive undertaking is being spearheaded by two main developers, Oxford Properties and The Daniels Corporation. Oxford Properties has been in business since its founding in Edmonton Alberta in 1960. At first, they were primarily an investment and finance group that specialized in building medical clinics, but over the years they have become a multinational group that develops property not just in Canada, but in the United States, and across Europe. Interestingly, the company is now owned by the Ontario Municipal Employees Retirement System, a massive pension plan for government workers in Ontario with $95 Billion in investments. Today they have offices in New York, London, Singapore, and Luxembourg. One of their proudest projects is The Hudson Yards in the Chelsea neighbourhood of New York City. With a practical approach, Oxford Properties is committed to sustainability. Having won the Solar PV Project of the Year Award in 2017, they believe that the way to prepare for the future is to build developments to last, and to invest in environmentally-friendly materials, construction methods, and and energy, when possible.