L!V Communities began as Landmart Homes, a trusted homebuilder behind some of the most prestigious communities in Ontario over the past 45 years.

Founded by Mario Roque, the family-owned company has imagined and realized several thousand upscale custom and semi-custom homes in some of Ontario’s most desirable neighbourhoods.

In 2007, Landmart transitioned from exclusively building custom homes to becoming a larger production scale builder. The transition was made to facilitate expansion and growth beyond Ancaster and across southern Ontario.

For a time, Landmart and L!V operated together, providing Landmart’s traditional semi-custom product throughout their existing communities in Southwestern Ontario, while L!V worked to market and build new, larger communities.

Once Landmart’s existing developments sold out, the business took a step forward and transitioned over to L!V completely, with the entire company functioning under the L!V Communities name.

Today, L!V Communities continues to create and build sought-after, master-planned communities. With loyalty, integrity, and vision present in every L!V home, families throughout southern Ontario are living where it matters most – the beautiful homes of their dreams.

L!V Communities continues to set the scene in the picturesque town of Paris, Ontario. After the sellout of Phase 1, Scenic Ridge East is coming with more exquisitely designed brand new townhomes and single family homes.

Located just 1-minute off Highway 403 and set near the Grand River, big things are coming to Rest Acres Rd. and Powerline Rd. Scenic Ridge East will be part of a larger development next to the Brant Sports Complex that will feature the convenience of numerous dining options, a hotel, medical offices and more. For even more amenities, you’re only minutes away to Brantford and a half hour to Hamilton in the East.

Kaleidoscope
Coming soon to the Village of Waterdown is Kaleidoscope Phase 3 by L!V Communities. Situated near the intersections of Mosaic and Parkside, this new release of stacked urban towns is perfect for new home buyers as well as empty nesters. This quaint community is close to all major highways like the 403, the QEW and the 407. Within minutes you can access a multitude of amenities locally or in Burlington as well as Hamilton. Not only will you be close to schools and parks, you will be within close proximity to restaurants, shops and services. L!V Communities is proud to be a part of this heritage city, surrounded by picturesque views and countless amenities. Enjoy the trails at Clappison Woods, The Rockcliffe Garden Park, The Royal Botanical Gardens as well as the many golf courses in the area. 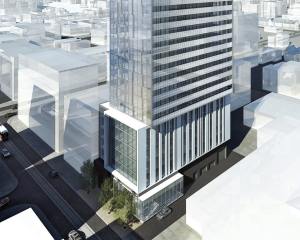 A high-rise condo at Toronto 11 Charlotte St, Toronto, ON ... 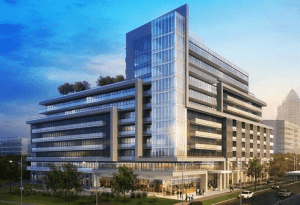 A high-rise condo at Toronto 3-15 Kenaston Gardens, Toronto, ON ... 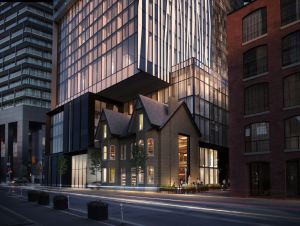