Overhaul at Adelaide and Richmond: Plans for a New Park, and a New Fire Hall

A new plan by the city of Toronto has detailed the plans to transform the area of Adelaide and Richmond. Previously, 229 Richmond St was a private owned parking lot that was recently acquired by the City of Toronto. In the meanwhile, the city of Toronto has been using the space as an outdoor patio for public use. Nearby, is the 50-year-old Toronto Fire Station 332. With the announced plan, 229 Richmond will be transformed into a brand new 2,245 square-feet park, the Fire Station will be relocated, and the original space will be sold to a developer for an approximate 456 units at market rate. Additionally, underneath the park will be used for a three-level underground parking space.

The developer for the new housing units have yet to be announced. Additional market units are great for those who want to live in the area in the upcoming years as well. The new park will be a good landmark for the area where many people who live near the area have been asking for more green space to get away and relax from the bustling city of Toronto. This will be the largest new park in the King-Spadina community in 20 years making it a great space for those nearby. This development plan is a great change for Toronto, getting rid of the outdated surface parking space and maximizing the space in this already crowded city. 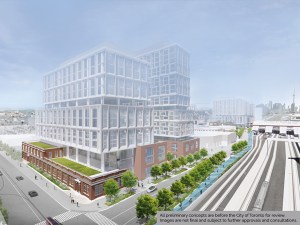 Back to all      Infrastructure Ontario announced their proposals

Back to all       In partnership with Canadian 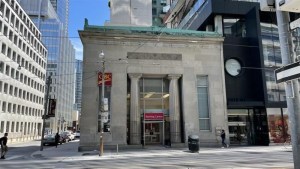 Back to all      The Ontario transit agency, Metrolinx,