RioCan Hall creates a new model for urban life – taking advantage of its location at the nexus of Toronto’s Entertainment District and The Island neighbourhood to support a truly mixed-use development. It offers an unmatched lifestyle, with the city’s best restaurants, shopping, cafes, entertainment and nightlife, as well as the convenience of transit, steps from your door.

Located in the Waterfront Communities-The Island neighbourhood in Toronto

17-minute walk to the University of Toronto – St. George Campus

Nearby parks include Grange Park Toronto and St. Patrick’s Square

RioCan Hall is located 126 John Street in the Waterfront Communities-The Island neighbourhood in Toronto. The major intersection is Richmond Street West and John Street. The condo is located at the Fashion District and the Entertainment District with best lounges and clubs in the city where residents can find best dining, shopping and entertainment option in town just within walking distance. For professional, the condo is close to the financial hub in the city with plenty of employment opportunities. In addition, some of Toronto’s amazing attractions are within walkable distance from the condos. The attractions include Scotiabank Arena, Rogers Centre, the CN Tower, TIFF Bell Lightbox, Harbourfont. 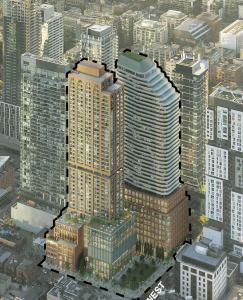 The development has a perfect walk score 99/100 and transit score of 100/100. Residents can access 24-hour streetcar stop is just next to the front door of the condo. St. Andrew Station and Union Station are all along the district’s eastern borders and only a few minutes walk from the Condos. For drivers, the condo has easy access to Gardiner Expressway highway to stay connect with other cities in Ontario - Etobicoke, Oakville, Hamilton, Scarborough and the norther GTA. 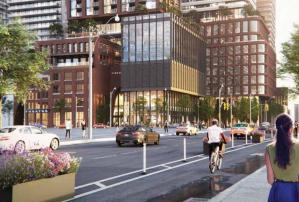 The tower is nearby University of Toronto St George Campus, Ryerson University and George Brown College. The Condos is located at nearby many beautiful parks such as Simcoe Park, St. Patrick's Square and Grange Park Toronto.

RioCan Hall Condos will consist of two towers of 39 and 40 storeys with a total of 685 mixed condo units. Units will be a mix of one-bedroom, two-bedroom and three-bedroom layout. The building will have a two level underground parking garage with 304 vehicle spaces and 796 bicycle spaces. 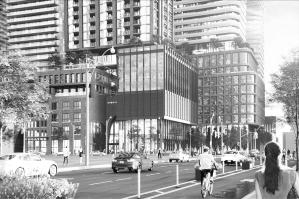 RioCan Living is the biggest and most trusted Real Estate Investment Trust in Canada since 1993. It owns and manages a portfolio of shopping centres and large supermarkets. Their focus is mainly on retail properties with ownership interests in a collection of 338 properties throughout Ontario and Alberta, as well as acquisitions in the northwest United States and Texas. But in recent years, they started building numerous mixed-use developments which will provide convenience and services to communities and neighbourhoods. 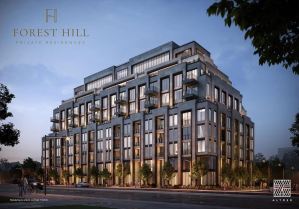 2 Forest Hill Road, Toronto, ON  Previous Next Starting from:... 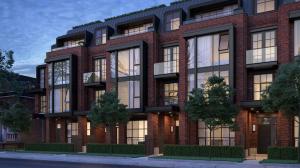 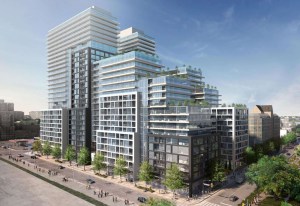 177 Front Street East, Toronto, ON  Previous Next Starting from:... 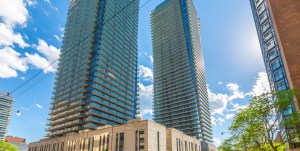 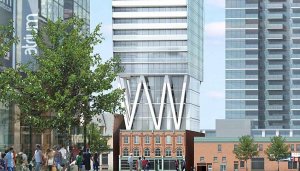 8 Elm Street, Toronto, ON  Previous Next Starting from: TBA...