Talon International Development Inc is a Toronto-based, privately-held real estate development firm comprised of Canadian and international investors who have holdings in a variety of industries ranging from shipping and metallurgy to high technology. The developer has proven success in creating, developing and building businesses in Canada and internationally Talon has assembled a first-class team of talented professionals to ensure Trump International Hotel & Tower Toronto is a prosperous venture which will remain a mainstay on the city’s timeless landscape for generations to come. 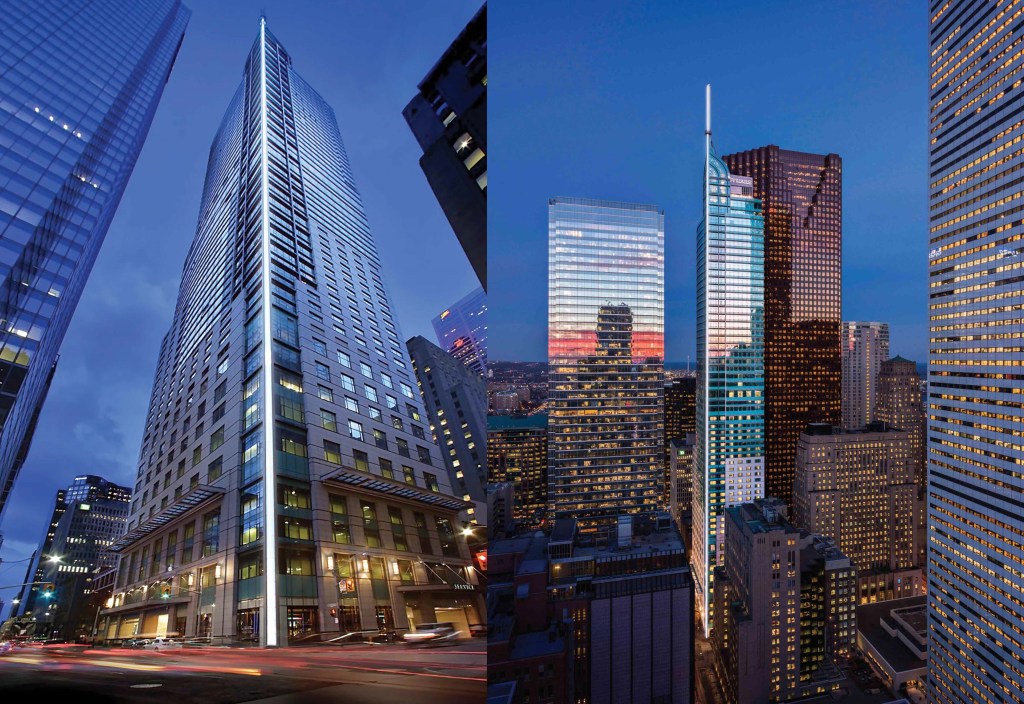 The premier location of The St Regis Residences allows residents to have easy access anywhere downtown via the PATH underground network, Subway, Union Station, Union-Pearson Airport Express as well as Billy Bishop Airport just minutes away. The area is also home to many of Toronto’s most notable restaurants, shops, theatres and sporting venues such as Scotia Bank Arena and the Rogers Centre.

Living at the building is not only about the five-star services and amenities but also the exceptionally high-quality finish and design that can be found consistently through the suites.

Located in the Bay Street Corridor neighbourhood in Toronto

Short commute to University of Toronto and Ryerson University

St Regis Residences is located at 311 Bay Street in Bay Street Corridor neighbourhood in Toronto. The major intersection is Bay Street and Adelaide Street West. For professional, the condo is at the financial hub in the city with plenty of employment opportunities. The condo is located close to the Fashion District and the Entertainment District with best lounges and clubs in the city where residents can find best dining, shopping and entertainment option in town just within walking distance. Also, lifestyle amenities can be easily access around the condos. In addition, some of Toronto’s amazing attractions are within walkable distance from the condos. The attractions include Scotiabank Arena, Rogers Centre, the CN Tower, TIFF Bell Lightbox, Harbourfont.

The development has a perfect walk score 100/100 and transit score of 98/100. Residents can access 24-hour streetcar stop is just next to the front door of the condo. King Station, St. Andrew Station, Osgoode Station and Union Station are all along the district’s eastern borders and only within walking distance from the building. For drivers, the condo has easy access to Gardiner Expressway highway to stay connect with other cities in Ontario - Etobicoke, Oakville, Hamilton, Scarborough and the norther GTA.

The development is nearby University of Toronto St George Campus, Ryerson University and George Brown College. 240 Adelaide Street West Condos is located at nearby many beautiful parks such as Clarence Square, David Pecaut Square and Simcoe Park.

St Regis Residences will be 39-storey tower with 379 mixed units. Units will be a mix of one-bedroom, two-bedroom and three-bedroom layout for selection. Units are range from 540 to 11,755 square feet.

The condo is not only about the five-star services and amenities but also the exceptionally high-quality finish and design that can be found consistently through the suites. The amenities are such as fitness centre, exercise studio, massage & beauty treatment areas, infinity pool and so on. The 32nd-floor offers a private and tranquil resident only Sky-Lounge where residents can enjoy gorgeous views over the Financial District and down Bay Street to Lake Ontario.

Talon International Development Inc is a Toronto-based, privately-held real estate development firm comprised of Canadian and international investors who have holdings in a variety of industries ranging from shipping and metallurgy to high technology.