A mid-rise condo at Toronto

The Bayview has been built to mimic the ageless essence of classic French Provincial Architecture and serves as the gateway to The Daniels Corporation‘s beautiful and enormously popular NY Towers neighborhood. This home accentuates its environment with cosmopolitan refinement, with a limestone renaissance stone base and exquisite cornice mouldings.

This magnificent site at Bayview and Sheppard has been home to Canada’s landed aristocracy for more than a half-century. The Bayview and its spectacular terraced condominium homes overlook the gorgeous Rean Park and successfully capture all that this lasting neighborhood has to offer – beauty, tradition, and elegance.

Bayview Village is a community in the center portion of North York, a Toronto suburban borough. The East Don Valley Parklands have had a significant impact on the community’s makeup. It is praised for exemplifying “modern life in the countryside, on the doorstep of Toronto’s metropolis.” It is bounded on the east by Leslie Street, on the south by Highway 401, on the west by Bayview Avenue, and on the north by Finch Avenue. 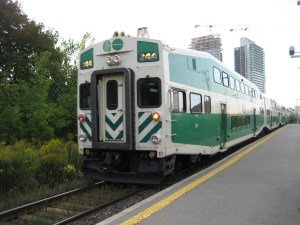 The Bayview, Bessarion, and Leslie Stations are located within the borders of this neighborhood. The Oriole GO Station is another alternative for commuters in the region that need to use public transportation. For car owners, Highway 401 and the Don Valley Parkway provide direct routes in and out of the neighbourhood.

Bayview Village is sometimes likened to the Yorkville neighborhood of downtown Toronto. With its fancy boutique boutiques, quiet neighborhood vibe, and seemingly endless selection of magnificent condominiums, it’s easy to understand why that assessment is made, yet Bayview Village distinguishes apart owing to its community concept of elegant living. It has qualities and amenities that set it apart from other city neighborhoods. 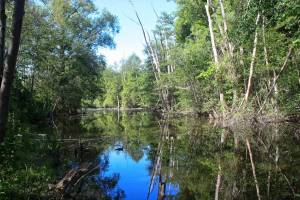 The lush green area that pervades the whole land, the most notable of which is the beautiful East Don Parklands, which provides sufficient outdoor space, is one of the most appealing aspects attracting a varied population to this region. It has a plethora of bike routes that take residents on a beautiful adventure through nature.

The Donningvale Lounge offers a pleasant setting with a formal dining room and a catering kitchen that can accommodate big parties or small intimate events. An enormous fireplace offers a regal focal point, making it the ideal backdrop for a night of entertainment.

The room opens onto the beautifully manicured McLean Terrace, which includes comfortable outdoor sitting and barbecue amenities. The Glenmar Home Theatre is ideal for a calm evening at home, where you may watch your favorite movie on the big screen. Everything from peace and relaxation to lively entertainment is at your fingertips. 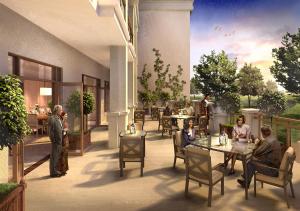 A large two-story Lobby with an Executive Concierge and a Resident Services Director; a formal Library; and a Home Theatre, Party Room, and Outdoor Terrace are meant to be the ultimate entertainment venues are among the amenities.

A workout studio with cutting-edge equipment. Residents will also have access to the five-star inspired services of the nearby Arnica at Bayview Gardens home, which includes a magnificent Luxura TM Spa with an indoor pool, a dining room, a piano bar, and much more.

The Daniels Corporation is an award-winning development firm who has been internationally recognized for their work in creating socially-conscious communities for over 35 years. Daniels has built more than 30,000 award-winning homes and apartments, master-planned mixed-use communities, and commercial and retail spaces. 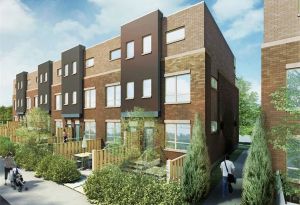 A townhome at Toronto 90 Caledonia Park Rd, Toronto, ON... 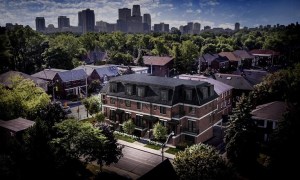 Townhouses at Toronto 1240 Avenue Road, Toronto, ON  Previous Next... 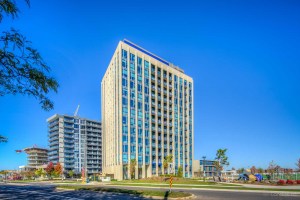 A high-rise condo & townhouse at Toronto 75 The Donway... 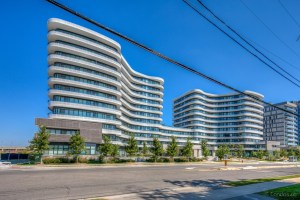 A high-rise condo at Toronto 99 The Donway W, Toronto,...