Previous
Next
The King East Condos is a new condo construction in Toronto by famous developers Lamb Development Corp, The Sher Corporation, and Hyde Park Homes, located at King St & Parliament St. The King East has 215 magnificent suites with an exquisite design, elegance, and grace. These units have been built to optimize space, and The King West is a top condo in a desirable location.

How you live your life is a unique reflection of who you are, just as a well crafted piece of furniture represents the personality of its designer. The King East is a vividly creative city condominium that achieves this vision.

It will redefine modern design on one of the most historically significant corners of Toronto‘s original ten blocks — King and Parliament.
This is the end of the story. Welcome to The King East, a place where design genuinely thrives.

While the building itself is as modern as they come, The King East is located in one of Toronto‘s most historically significant neighbourhoods: St. Lawrence. You’ll have direct access to Toronto‘s boutique Distillery District while living at the cutting edge of fashionable Toronto real estate. The King East, located on the intersection of King and Parliament in Old York, one of Toronto‘s original ten blocks, blends heritage with an evocatively distinctive urban architecture of 15-storeys, red brick, exposed concrete, and sleek glass. The King East is a place you can call home, with quality finishes and all the facilities you could want. 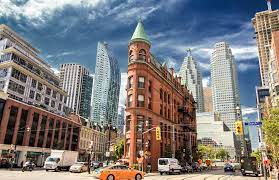 The Walk Score for 330 King Street East is 93 out of 100. Because this area is a Walker’s Paradise, daily errands do not necessitate the use of a car. With 318 King East as a starting point, getting around is straightforward. Passengers will be transported by streetcar along King to nearby sites such as Old Toronto, the Financial District, Liberty Village, and Roncesvalles. Those going north or south may take the 65 Parliament bus, which stops only steps from from The King East at the intersection of King and Parliament.

A north or southbound trip may also be conducted utilizing metro trains: King Station is a 15-minute walk or a 7-minute ride on the King streetcar. The Yonge-University-Spadina line will transport visitors everywhere they need to go from King Station. 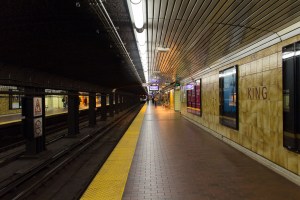 Today, the neighbourhood is home to modern restaurants, stores, pubs, and enterprises, some of which are housed in structures dating back to the nineteenth century. You’re only a short distance from the St. Lawrence Market area and Yonge Street, and you’re also close to Leslieville’s stores and restaurants where you can grab something to eat. 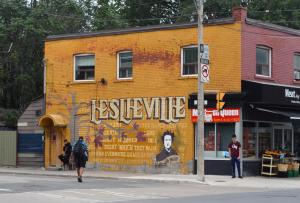 Another reason this region is appealing, particularly to families and children, is the abundance of schools in the neighborhood. The condo is close to numerous public and private schools, including St. Paul Catholic School, Nelson Mandela Park Public School, and Keystone International Schools. In addition, the University of Toronto – St. George Campus is only 14 minutes away. 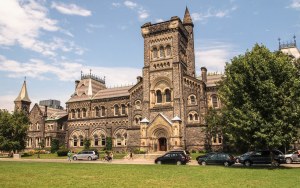 Residents may also visit the shoreline because Lake Ontario is within walking distance of the condos. Directly south are the Lower Don Lands and the Port Lands, where a day’s activities may include a visit at T&T Supermarket or Cherry Street Barbecue before walking across to Cherry Beach.

Families that enjoy active outdoor activities may opt to ride around Tommy Thompson Park, a 5-kilometer peninsula protruding into the lake maintained and preserved by the Toronto Region Conservation Authority. This is also one of the greatest places in town for both fishing and bird viewing. 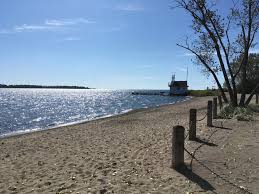 The façade of the King East mixes patterns of red brick with bands of concrete, elegantly integrating the glass platform with the upper section of the building by rising up the east and west face, and is inspired by historical features from the neighboring St. Lawrence market and Corktown.
The King East is a spectacular piece of urban planning and design located on one of the most prominent corners of Toronto’s original old 10 blocks. It will be 15 stories tall and will have 215 suites in modern style styling. The construction will be a landmark on the formal eastern outskirts of downtown Toronto.
Core Architects created the design. Everywhere else, standard finishes are upgrades. All wood euro style cabinets, 4 stainless steel appliances including built-in washer and dryer, double-thick stone countertops, exotic engineered hardwood flooring throughout, spacious balconies and terraces with natural gas barbeque hookups, and all gas cooking are among the design highlights. The property features one and two bedroom houses with 9 or 10 foot ceilings.

With over 25 years of experience in the real estate market, The Sher Corporation brings an understanding to development that is uncommon in today’s marketplace. This team is driven to review, access, acquire and develop quality sites in the Greater Toronto Area with the objective of adding value to the architectural landscape of each neighbourhood. Through design and progressive modernism, the developer continues to push the envelope while contributing to the urban fabric of this region for years to come.

Hyde Park Homes has been involved in real estate investment, development and construction for over 50 years. They have successfully completed all types of commercial and residential developments in the greater Toronto area including retail convenience, mixed residential-retail, single family, townhouse, stacked townhouse, mid-rise and hi-rise condo projects. 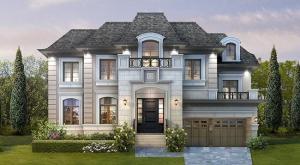 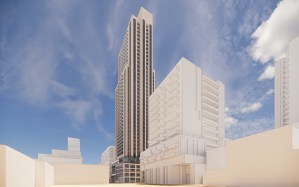 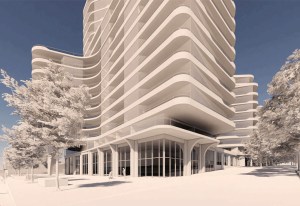 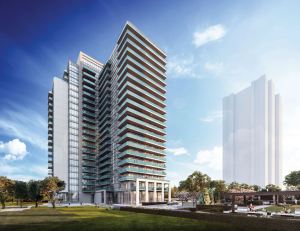 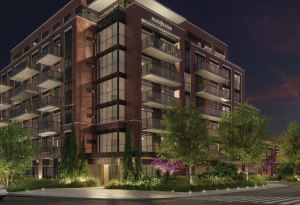